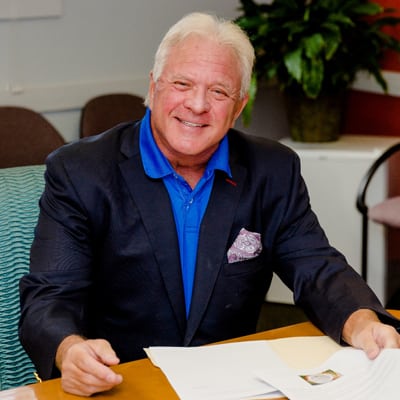 Paul H. Hulsey is a 1976 graduate of Washburn University School of Law and is admitted by examination to the bars of Kansas (1976) South Carolina (1990), and the United States District Court of Puerto Rico (1998). Mr. Hulsey is fluent in Spanish.

Mr. Hulsey specializes in the trial of cases involving multiple parties, complex litigation, and class actions. His litigation experience includes a special emphasis on the Racketeer Influenced Corrupt Organizations Act (RICO), as well as medical devices and pharmaceuticals. He has handled to successful resolution numerous cases based upon the RICO act and is one of the few trial lawyers in the country to have tried to verdict a class action based upon the RICO Act.

He assisted in the development of the RICO allegations in the national tobacco class action brought by the Attorneys General of 35 states against the Tobacco Industry. In this regard, he:

Mr. Hulsey’s career has been defined by an ability to try cases to successful jury verdict in a wide geographical variety of state and Federal jurisdictions. Beginning in the 1980's, he was a senior litigating partner who played a critical role in the formation and implementation of the Johns Manville Asbestos Trust, as well as those of other asbestos manufacturing companies. These “evergreen” trusts, which have already paid billions of dollars, are still providing billions of dollars to asbestos victims up to the present day. He has also participated in litigation involving FenPhen, Dalkon Shield, Breast Implant, L-Tryptophan, and the Bausch and Lomb ReNu litigation.

Some highlights of his experience include:

Throughout his career, he has obtained over $175 million in jury verdicts for his clients.

Mr. Hulsey was lead trial counsel in the first class action brought to trial for medical monitoring against the Tobacco Industry, Blankenship v. Phillip Morris (WV 2000). He represented all the citizens of the State of West Virginia.

Mr. Hulsey was lead trial counsel (and lead negotiator) in the consolidation of all pending asbestos cases (8,000+) ordered by the Supreme Court of the State of West Virginia, obtaining a jury verdict of liability (premises liability - invitee non-employee cases) against Union Carbide Corp. (2002) as well as a punitive damage multiplier of three (the actual damages of every plaintiff’s case to be multiplied by three).  During the same trial, the first ever verdict was obtained finding Union Carbide's Calidria asbestos product caused disease.

Based upon strategy he employed at trial in successfully proving that Carbide acted intentionally and recklessly, the trial court entered a verdict against Carbide for all employee cases to be tried in the future against Union Carbide.

In addition to his trial experience, Mr. Hulsey has successfully resolved through negotiations more than $200 million in claims for his clients. Among other matters, he was lead negotiator:

Mr. Hulsey has authored over 20 scholarly articles and is in demand as a lecturer, teacher and speaker in the area of trial techniques and complex litigation. His teaching experience includes:

Mr. Hulsey is an Alumni Fellow, Washburn Law School, 2001. He enjoys the distinction of being the only trial lawyer to receive this prestigious award.

Mr. Hulsey is a Member Emeritus and past Chairman of the Advisory Board of the Medical University of South Carolina Children’s Hospital; funding donor, Executive Board Member Emeritus and Special Counsel to YESCarolina, an organization that certifies high school teachers throughout the State to teach entrepreneurship to high school students in order to better prepare them to compete in the business world; and Honorary Chairman of 2008 Chef’s Feast (fundraiser to benefit the Kids’ Café for the Lowcountry Food Bank). Mr. Hulsey is also a licensed pilot, holding multi-engine and instrument ratings.

Mr. Hulsey speaks Spanish and, along with his partner, has enjoyed a consulting relationship in the area of complex litigation, pharmaceutical and medical device litigation, personal injury, toxic torts and environmental concerns for both governmental and private commercial entities in the following countries: